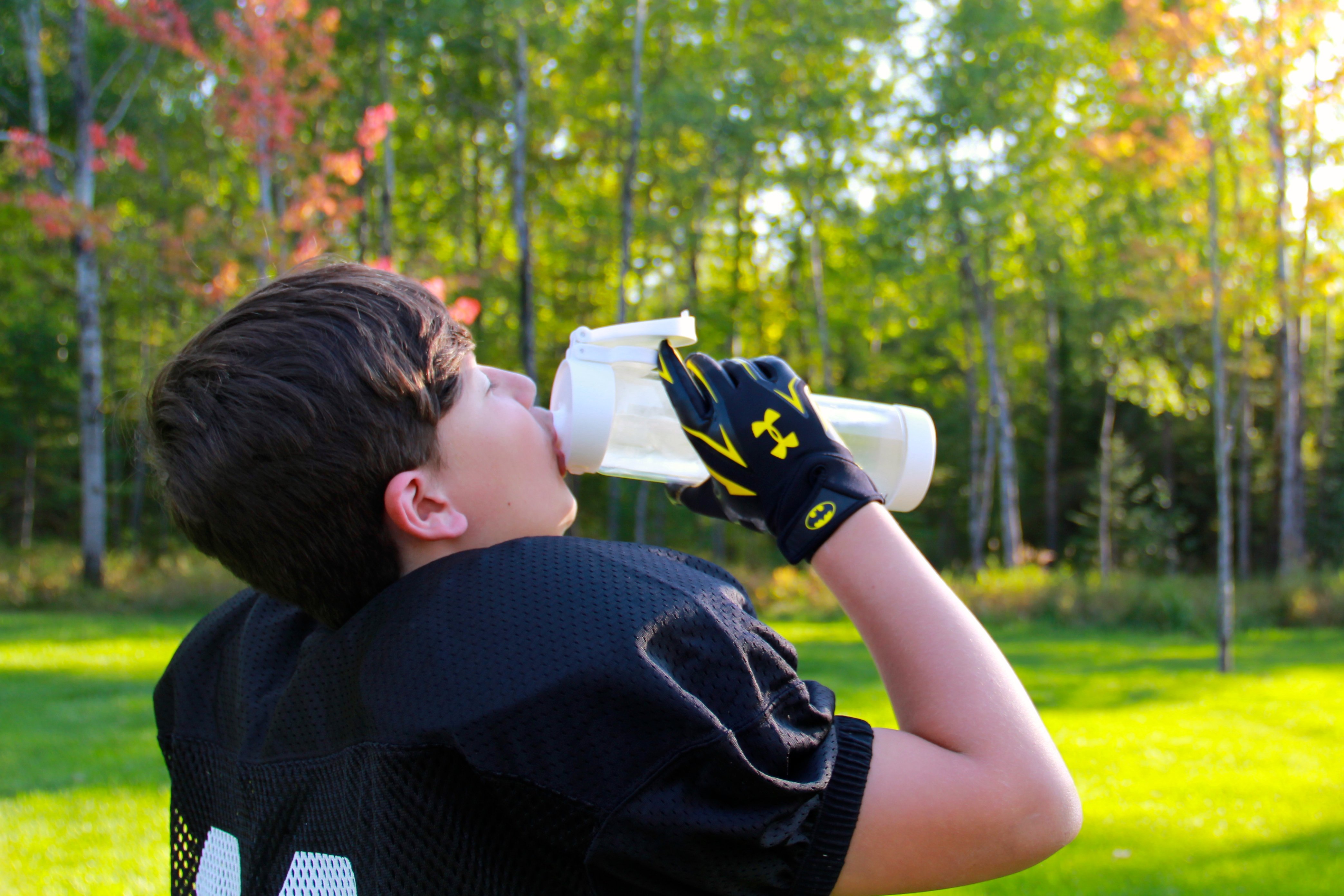 Sports and energy drinks both contain ingredients usually best avoided in children:  large amounts of sugar and high doses of caffeine.  The American Academy of Pediatrics says they aren’t a good idea for most kids.  Plain water is still the best option for all except extreme circumstances.  The extra sugar intake increases the risk of obesity and tooth decay, and kids usually get enough vitamins and minerals from other sources.  Caffeine’s effects on performance in adults are extremely variable, and its effect on performance in kids has never been studied. Energy drinks often contain too much caffeine for kids; a can of Red Bull contains 77 mg of caffeine, a bottle of 5-Hour Energy 100 mg, and some cans of Rockstar contain over 300 mg.  This amount of caffeine can cause elevated heart rate, restlessness, worsen anxiety, make sleeping difficult, and trigger arrhythmias.  The daily caffeine intake should be limited to 45 mg for children between 4 and 6 years, 62.5 mg for children between 7 and 9 years, 85 mg for children between 10 and 12 years old, and 2.5 mg/kg/day for kids 13 years and older.  Because amino acids can help muscles recover after exercise, older kids may think they need energy drinks to replenish their muscles; however, most kids get all the protein they need from their diet.  If they feel like they need a boost after vigorous exercise, low-fat milk will do the trick.

What to Do for Nighttime Leg Cramps
October 8, 2019

Cautions with Cough and Cold Meds for Children
March 19, 2019

How Can You Prevent Another Kidney Stone?
January 4, 2018
SUBSCRIBE
Categories
Go to Top